Tropical fish do not have to be fragile. If provided with suitable, healthy living conditions, fish are able to withstand disease more easily.

Pathogenic agents thrive in sub-standard living conditions and develop on weak or stressed fish (due to transport).

If fish become sick, try to find out what disagreed with them in the aquarium and improve the environmental factors.

The ailing fish can then be treated. The ideal solution is to isolate them in a special aquarium (hospital tank).

Practical advice on administering a treatment:

This is a common aquarium disease. It is highly contagious and spreads rapidly.

Your aquarium is most probably infested with Ichthyophthirius multifiliis in a freshwater setting and Cryptocaryon irritans in a saltwater setting, protozoa which cause white spot disease.

Characteristics: the fish is covered with raised white spots, the size of a pinhead, over practically the whole body. Only the adult form, which is encysted beneath the skin, is observed in affected fish. However, in the aquarium, free forms rapidly proliferate before infesting the fish once again. 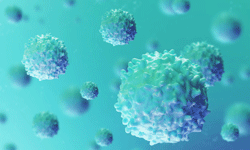 Fungi contaminate fish when the skin, fins or gills are already damaged due to a bacterial or parasitic infection, or after an injury caused by fighting, capture or transport. In most cases, fungal infections are recognisable by the presence of white, grey or brownish cottony tufts on the skin or fins. Saprolegnia causes water mould disease. Branchiomyces attach to the gills.

Velvet disease: fish appear to be covered with a brownish-yellow coating, as though sprinkled with gold.

This disease is caused by Oodinium, an agent similar to the organism responsible for white pot disease, but which has the distinctive feature of being a parasite also having the characteristics of algae. It can thus survive in aquariums for a long a time even when no fish are present.

Skin viscosity: the fish rub against decorative objects. A barely visible milky white coating is observed on the fish’s skin.

The fins are clearly pressed against the body. Respiratory disorders can sometimes occur in severe conditions. Several genuses of protozoa caused these types of symptoms. Weak or stressed fish are often affected and are a hazard to other aquarium inhabitants.